We’re back with another edition of Personality Dimensions® on TV, this time featuring the wildly popular television series, The Big Bang Theory. While remembering that we’re all a blend of the four colours, some of the characters are more balanced colour wise, while others lead with a much more dominant Personality Dimensions colour. Check out what we thought each character is personality type wise, and give us your input on whether you think we are right! 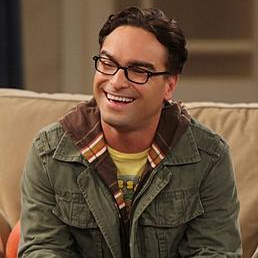 Leonard is a very smart character, with a quick wit to combat anyone -including Sheldon! He has a PhD in Physics which makes him a naturally inquisitive and information seeking individual. However, he also has a warm side. He tries to engage in right from the start of the show. He often is in and out of love, winning over Penny in the later seasons. These qualities are what peg Leonard as a blended Inquiring Green/Authentic Blue. 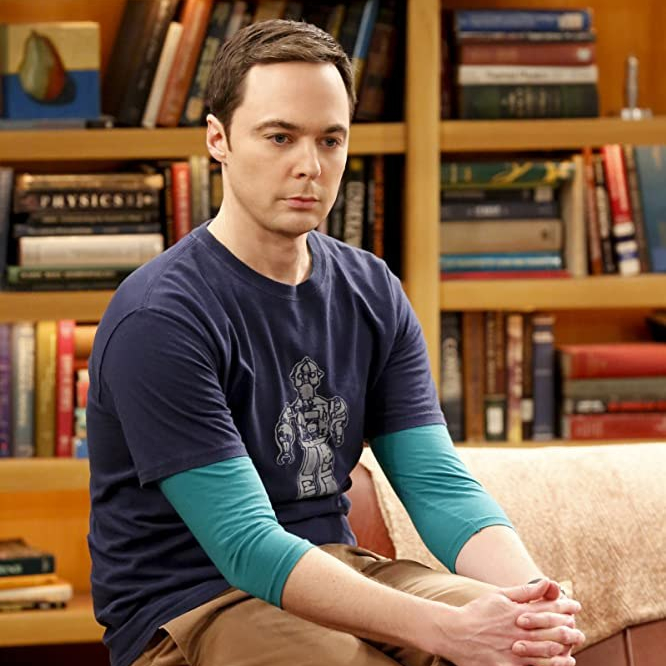 When analyzing Sheldon, it is a pretty easy decision as to what his personality preferences are. He is a natural problem solver and is often stubborn with being right all the time. He creates plans, and rigidly sticks by them. Not the over emotional type, he often examines things to the nth degree. With his two Ph.Ds in the sciences to his rigid organizational structuring of his cereal boxes, it is clear to see that Sheldon is a blended Inquiring Green/Organized Gold. 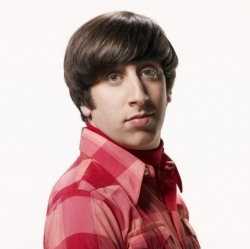 Howard is a resourceful individual and the only one who is not overly concerned with obtaining a Ph.D. While he is extremely intelligent, he is not as stimulated by the sciences as our other TV show counterparts. He’s great in a crisis, able to repair things well, and creative when he dresses. That’s why we believe Howard is a Resourceful Orange. 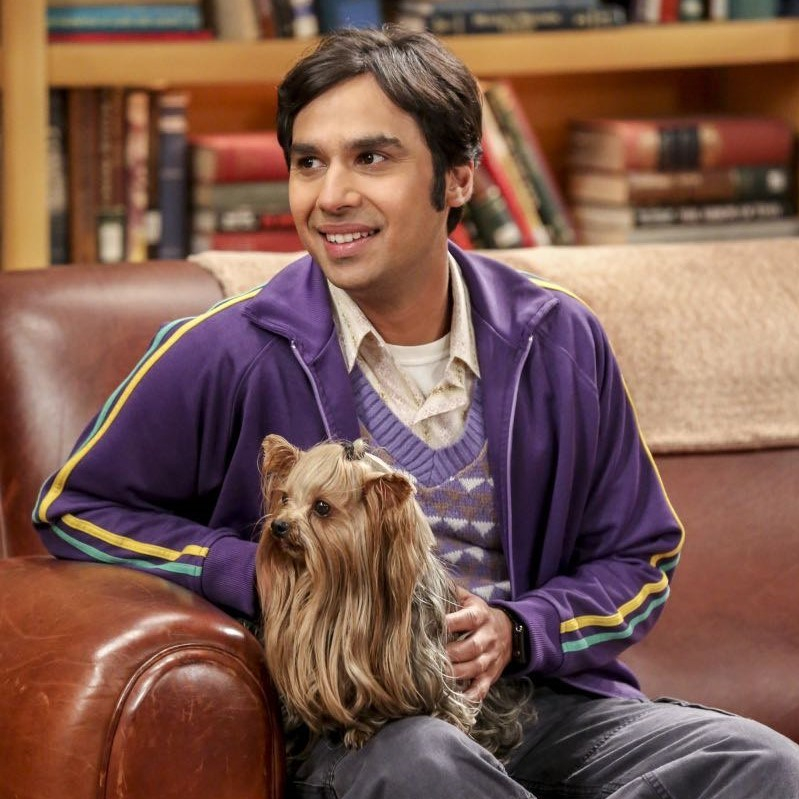 When looking at Raj’s personality, we see the deep-seated need for his friends and family to all get along. Always looking for love, Raj often sees the good in everyone; sometimes to his own detriment! Approval from his parents is very important to him, as well as taking care of his sister whenever she’s in town. Everyone goes to Raj’s place when they’re in trouble and needs a place to stay. It’s easy to see that Raj is an Authentic Blue. 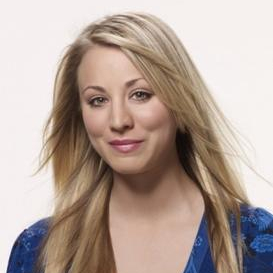 Penny is always up for change or a new challenge. Whether it is moving to the city from small-town Nebraska to the city; staring as the leading role in Serial Ape-ist; dealing with difficult customers (Sheldon) at her waitress job; or tackling pharmaceutical sales. She is generally optimistic, ethical, honest, and sincere – you know where you stand with Penny. While she doesn’t share an interest in the kinds of abstract concepts her friends thrive on, Penny encourages and supports what they do. These traits are what make Penny a Resourceful Orange. 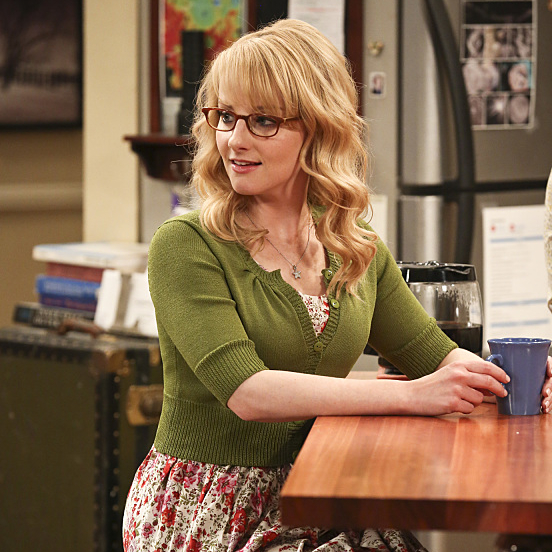 Bernadette is a natural leader who is comfortable taking charge of a situation. She is dependable, practical, and loyal. She shows great patience and understanding with Sheldon despite his quirks. The is practical with money and often questions Howard about some of his impulsive purchases. In her work life as a pharmaceutical researcher she is organized and excels at collecting and classifying data. While Bernadette does show developed traits from other colours, we believe her first preference is Organized Gold. 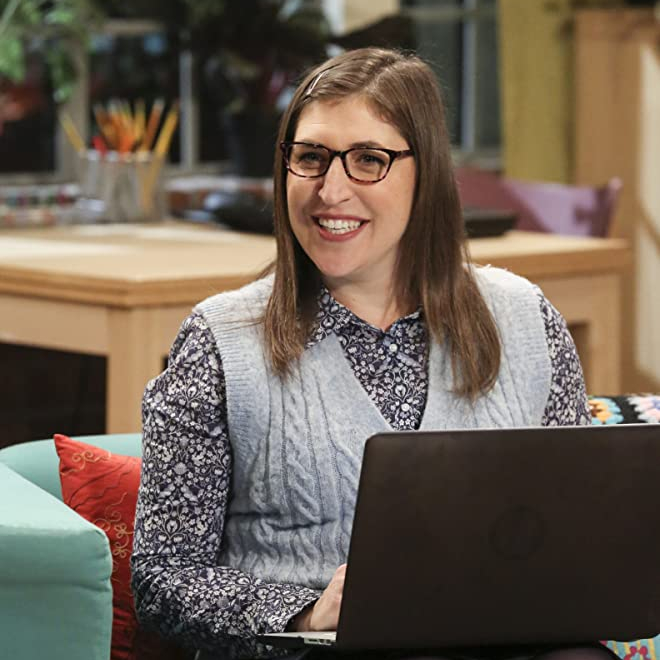 When Amy first came on the scene, she was almost a stereotype of her personality type, but we’ve since seen that there’s far more to her. Amy is insightful, and investigative. She learns by asking questions, and drives Penny nuts doing it. Some of her questioning can get a little TMI, but it just shows how much she wants to learn.  She has a tight-knit group of friends that she is fiercely loyal to. It’s for all of these reasons, and not just that she is scientifically minded that we believe Amy is an Inquiring Green Green.

What do you think, was our Personality Radar tuned in correctly? Both of us have watched The Big Bang Theory since it came out, and have watched the characters develop over the seasons. Let us know in the comments below.

Setting up a video chat or a phone call to figure out the personality traits of characters on your favourite shows is a great way to practice using your Personality Radar. Both of us have been stuck working from home for the past several weeks, and found a good excuse to binge watch TV during the day. Keep your skills sharpened and give it a go; until then stay tuned for the next installment of Personality Dimensions on TV.

Nancy Tavares-Jones, MC, RP, CCC is a registered psychotherapist in Toronto, Ontario.  She has a thriving private practice, and is an on-site trauma responder for organizations needing immediate on-site support.  She is a self-proclaimed “personality type geek”, and loves to help people learn more about themselves and others.  Feel free to visit and connect with her at lifepathways.ca

Brad Whitehorn – BA, CCDP is the Sales & Marketing Coordinator at CLSR Inc.  He was thrown into the career development field headfirst after completing a Communications degree in 2005, and hasn’t looked back!  Since then, Brad has worked on the development, implementation and certification for various career and personality assessments (including Personality Dimensions®), making sure that Career Development Practitioners get the right tools to best serve their clients