We often get inquiries from people who have been introduced to Personality Dimensions® for the first time and want to make it available in another language or to another country and culture. That is how, for example, the Chinese and Spanish materials have and are being developed. But it’s a much longer process than having the English materials translated, which surprises the would-be translator. In fact, the straight translation is the easiest, and least-costly part of the process. We insist that once the materials are translated they are tested with a variety of individuals to make sure that what has been done is appropriate to that culture. Direct translation  is only one part of the equation; where the final materials will make the most impact is when they are culturally appropriate and easily understood across the spectrum of peoples who speak that language.

This translation process is a natural outgrowth of the development process that we use for all Personality Dimensions® materials. Most of the original materials were written by one author, Lynda McKim, but each was tried, tested and evaluated individually and in focus groups by professional temperament and type facilitators across the country. The recommendations that came out of each of these evaluations, and we had a filing cabinet full of them, resulted in second, third and fourth revisions of the original materials. These revisions were then further evaluated by Personality Dimensions® Master Trainers and used in groups to ensure that the revisions “worked.” The result was that Personality Dimensions® materials are not simply the thoughts of one author but, rather, are shaped and evolved through the collaborative approach of everyone involved. This process continues today for every component that is developed. Playing a part in that process has shown me the value that everyone, and every temperament, makes to the whole. Considering my strong Inquiring Green preference that came as a real revelation; I distinctly remember cringing at the thought of group work back in my school days.

We are all different! Personality Dimensions® workshops remind us of that every single time, no matter how many you’ve lead or been part of. The power of PD is that it allows us to acknowledge who we are and how we are most comfortable and then helps us to see the differences in each of us and learn from them, instead of dismissing or diminishing them. As one person put it, “Personality Dimensions® helps people think and live outside of their own box.” I think you’ll agree.

Yours from the rainbow that begins with Inquiring Green…

Denise Hughes is the Director and owner of

Career/LifeSkills Resources Inc. and general editor of Personality Dimensions® materials and products. She just noticed the calendar and realized it is just past the 41st anniversary of her introduction to career and type and temperament materials. Those experiences and the expertise she gained through her years with the Guidance Centre, University of Toronto, and now with CLSR, continue to shape the direction that both Career/LifeSkills Resources and Personality Dimensions® take. 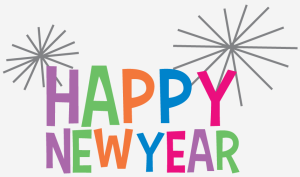 The holidays have come and gone, decorations are packed up, and the last of the house guests have finally packed their bags.  New Year’s is behind us, and we are being bombarded with ads for gyms and other weight-loss programs everywhere we turn; but what does all of this mean?  If you haven’t gotten around to making a New Year’s resolution, and want to, you should probably get at it as it is almost half-way through January!  Resolutions aren’t just about improving ourselves they are also about our relationships with others! But how do we come up with a great New Year’s resolution, knowing there are so many ways to improve ourselves?  We can answer this by looking at our personalities.  After conducting extensive research, I have compiled a list of the top New Year’s resolutions for each of the four Personality Dimensions®.

“I resolve to finish every project I start this year… and the ones from last year… and the year before that… Including the guinea pig hutch.”

“This year, my resolution is to not yell at people for crying… even if they’re doing it for no reason.”

“No matter how much it pains me, I will let someone else organize the guinea pig sanctuary fundraiser this year,”

“I resolve this year to not take on too many projects, even if the guinea pig sanctuary and my kid’s school have fundraisers on the same day!”

“I resolve to focus, and finish my tasks on time this year, especially when it comes to my guinea pigs.”

“My resolution for 2016 is to not challenge every rule I disagree with, no matter how up-tight my boss is!”

Here’s to a new year of bettering ourselves and our relationships with others!… (I really do promise to call you more this year Mom!)

Brad Whitehorn, BA is the Sales & Marketing Coordinator at Career/LifeSkills Resources Inc.  He was thrown in to the career development field headfirst after completing a Communications degree in 2005, and hasn’t looked back!  Since then, Brad has worked on the development, implementation and certification for various career and personality assessments (including Personality Dimensions®), making sure that Career Development Practitioners get the right tools to best serve their clients.

It’s a very common activity of mine to guess what Personality Dimensions® colour would come up for some of my favourite TV characters. Using the information I see on their day to day life regarding interactions, choices they make, and regrets they confide in, it is actually very interesting to see what I come up with when looking at a cast of characters. As mentioned throughout various Personality Dimensions® workshops, “typing” someone or others isn’t exactly encouraged; as each individual will come up with their own decisions and directions when it comes to the assessment, however, it is fun to use our Personality Radar to see how characteristics generally flow from “real life” onto the “big screen”.

One of my favourite shows of all time is The Golden Girls. I argue they are the first Sex and the City girls—they’re a close knit group of ladies who get into crazy predicaments but always seem to get themselves out of them. They also have a unique set of skills and traits that help them shine as unique individuals.

This is my take on what each of the four main characters of the Golden Girls are, in relation to Personality Dimensions®.

Dorothy, the sarcastic, quick witted woman just screams Inquiring Green. She is a teacher by trade, and wants to be as helpful as she can in the world of academia. She has been quoted as saying lines such as “I am the only one who enjoys diagramming sentences!?” and “He deserves an F because he is lazy”. Her no holds barred attitude and strict logical conclusions bring me to believe is she is an Inquiring Green.

Blanche, the ever fun-loving, and spontaneous woman resembles a Resourceful Orange. She has been quoted as saying lines such as “I can’t stand being cooped up in the house any longer!”, and “Let’s just go to the Hacienda Hut and have a good time!” in spontaneous and random conversation. There is often very little “method to her madness” and has been told to slow down many times in the program by her friends and even the show’s pretend doctors. Her spontaneous energy makes me believe she is a Resourceful Orange.

Sofia, a lovely woman who is seeped with traditional values, and family rituals screams Organized Gold. She is often telling her stories of the old country, her family, and is deeply rooted in her immediate and extended family. She will often times keep all the other ladies in check, and rarely strays from the norm (although she does occasionally or we wouldn’t watch the show!).  She’s been quoted as saying “pay homage to tradition” and “you never turn your back on your family, never!”. Her traditional energy makes me believe she is a Organized Gold.

Rose, the naïve but gentle soul who works as a grief counsellor for most of the series begs to be identified as an Authentic Blue. Rose often cares more about others needs instead of her own, which found her in the hospital several times in the show. A true romantic, Rose has been quoted as saying things such as “once Charlie (her husband) died, I thought my life was over”, and “I won’t make it! They always prey on the weak and innocent”. With these personality traits, I believe Rose to be an Authentic Blue.

What are your thoughts? Did you come up with the same types?

Nancy Tavares-Jones, MC, RP, CCC is a registered psychotherapist in Toronto, Ontario.  She has a thriving private practice, and is an on-site trauma responder for organizations needing immediate on-site support.  She is a self-proclaimed “personality type geek”, and loves to help people learn more about themselves and others.  Feel free to visit and connect with her at www.LifePathways.ca.